The studio is constantly evolving. The technology, faces, and projects shift as the cohorts move in and out. This year brought some unusually large changes as the studio has absorbed the operations of Mankato & North Mankato community television.

It’s an odd thing that this is our first blog post about this venture. Decisions to move local television to Bethany’s campus began over a year ago. Near the end of last summer, city council members approved the arrangement made between Bethany and the cities of Mankato and North Mankato. The transition was a complex undertaking with several moving parts.

BLC Studios began renovating the facility this past fall. One of the studio rooms previously used for student workspaces was transformed into a production control room and channel headquarters. The addition of the mezzanine in the garage helps to offset this space that is now being used for channel headquarters.

The arrangement has also led to the hiring of additional staff members. The first newbie to join the studio team was Amanda Quist, a BLC alumna who had just returned from earning her MFA at the Savannah College of Art and Design in Georgia. While renovations were underway, she worked to rebrand the channels—now called KTV (Kato Television, chosen by public vote). She also generated a new website and helped test the new system and workflow using Tightrope Media Services. Amanda was soon joined by several KTV interns, including students and alumni from both Bethany Lutheran College and Minnesota State University, Mankato.

Two community KTV channels have been live since March, one dedicated to public access and the other to education/government programming. The channels are populated with content that is created and/or submitted by the communities and KTV staff. An example of this is the new show “Learning Somali,” which is created and submitted by a community member who saw the need to teach children in his community to speak and understand the Somali Language. Another community member uses the studio to record introductions to previously recorded theatrical shorts. In addition to these member-submitted shows, BLC Studios has submitted blocks of short films created by area college students, and KTV contributes community broadcasts when possible—including the North Mankato Fun Days Parade and coverage of the Children’s Museum Opening.

One aspect of KTV we’re very excited about is video on-demand, which is now available for all of KTV’s content on our website. This extends the traditional public access audience to anyone with an internet and a computer or smartphone. Live streams are also available for both channels.

In late May, we hosted a KTV open house event featuring a brief talk from both city mayors and a ribbon cutting with GMG ambassadors. In the weeks following the open house we have seen a big jump in engagement, with several new community members becoming KTV members.

The KTV transition has been both challenging and exciting as the studio is faced with the daily task of running a community television network. This daily routine is the biggest shift for the studio culture. Recent graduate Ben Weber was hired as our full-time summer intern, which has helped us establish a more consistent and more reliable workflow. This will allow us to do more with community coverage—stay tuned for more on KTV content! 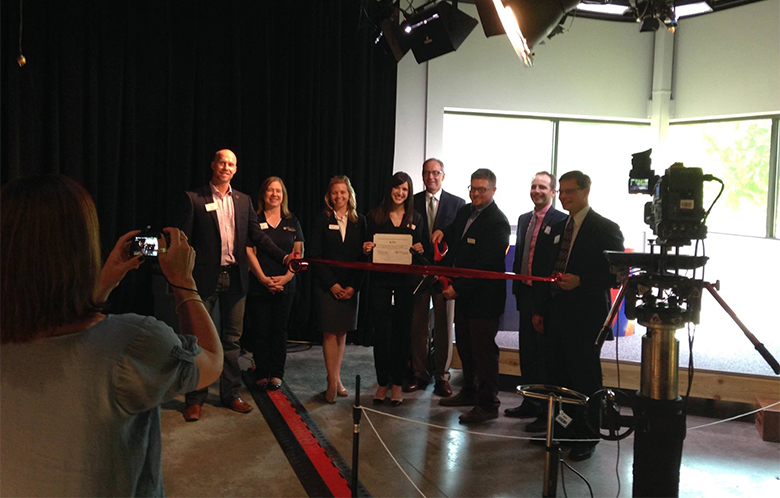