Graduating seniors Emmanuel Luangkhamdeng (Media Arts) and Abigail Meier (Graphic Design) recently showcased their capstone projects in a truly inspiring and memorable event! Their exhibit took place in the production studio, was hosted by graphic design senior Kat Schleef, and was live streamed on facebook by Greg Vandermause’s Introduction to Broadcasting class. The showcase (including project presentations, behind-the-scenes content, and interviews) is archived on the BLC Studios facebook page. Both Emmanuel and Abby presented ambitious and beautiful work!

Emmanuel employed both motion graphics and video in his capstone project, which promoted his soon-to-be-released album “Lucid Dreamer” (yes, he’s also a recording artist!). He made 12 motion graphics loops, one for each song on the album (screenshots below). Follow Emmanuel on instragram for more where this came from. 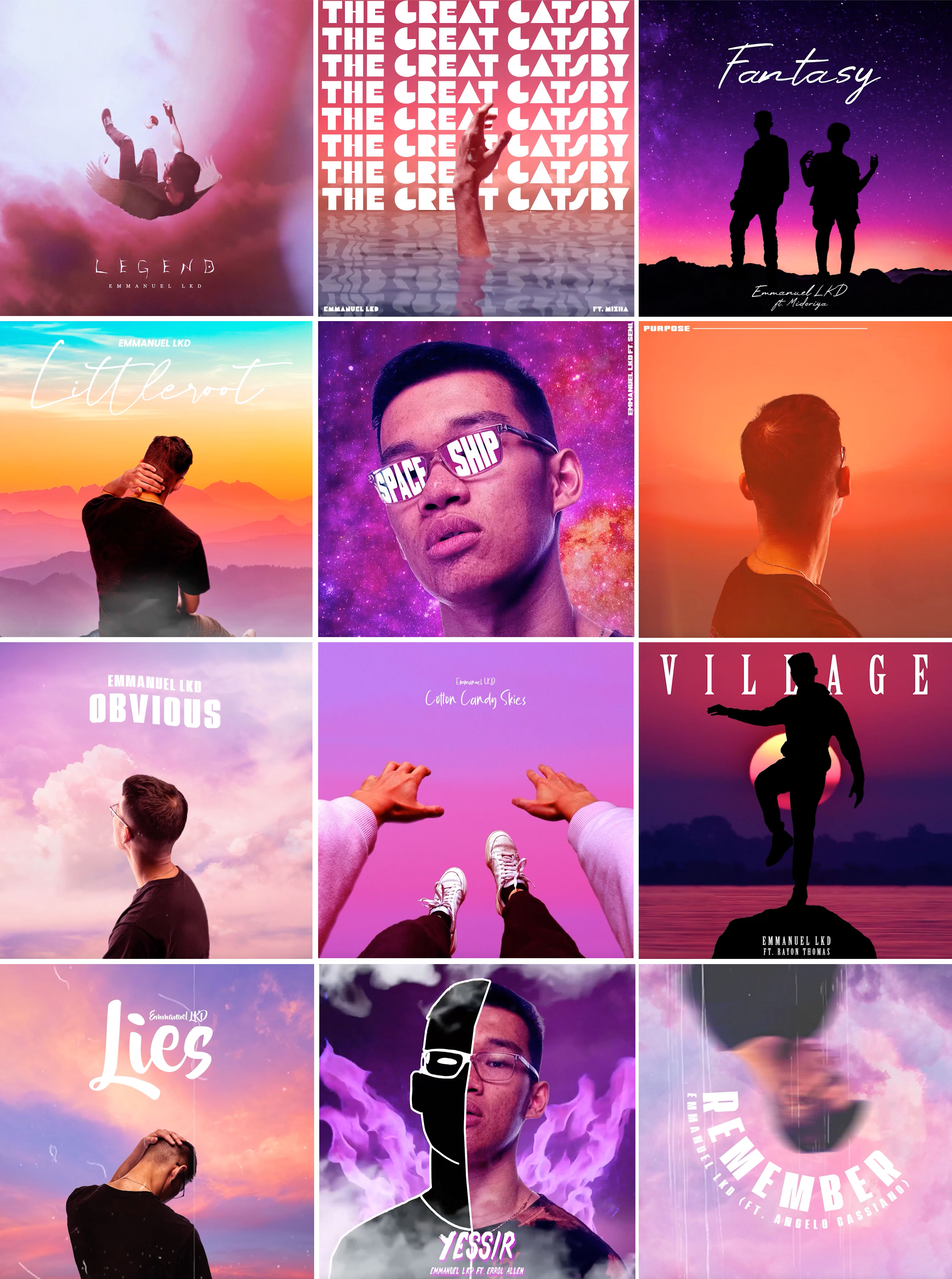 Emmanuel also directed a live-action music video for his song Legend. He hasn’t officially released it yet (although you can preview and catch behind-the-scenes footage in the facebook archive). Here are a few of our favorite screenshots: 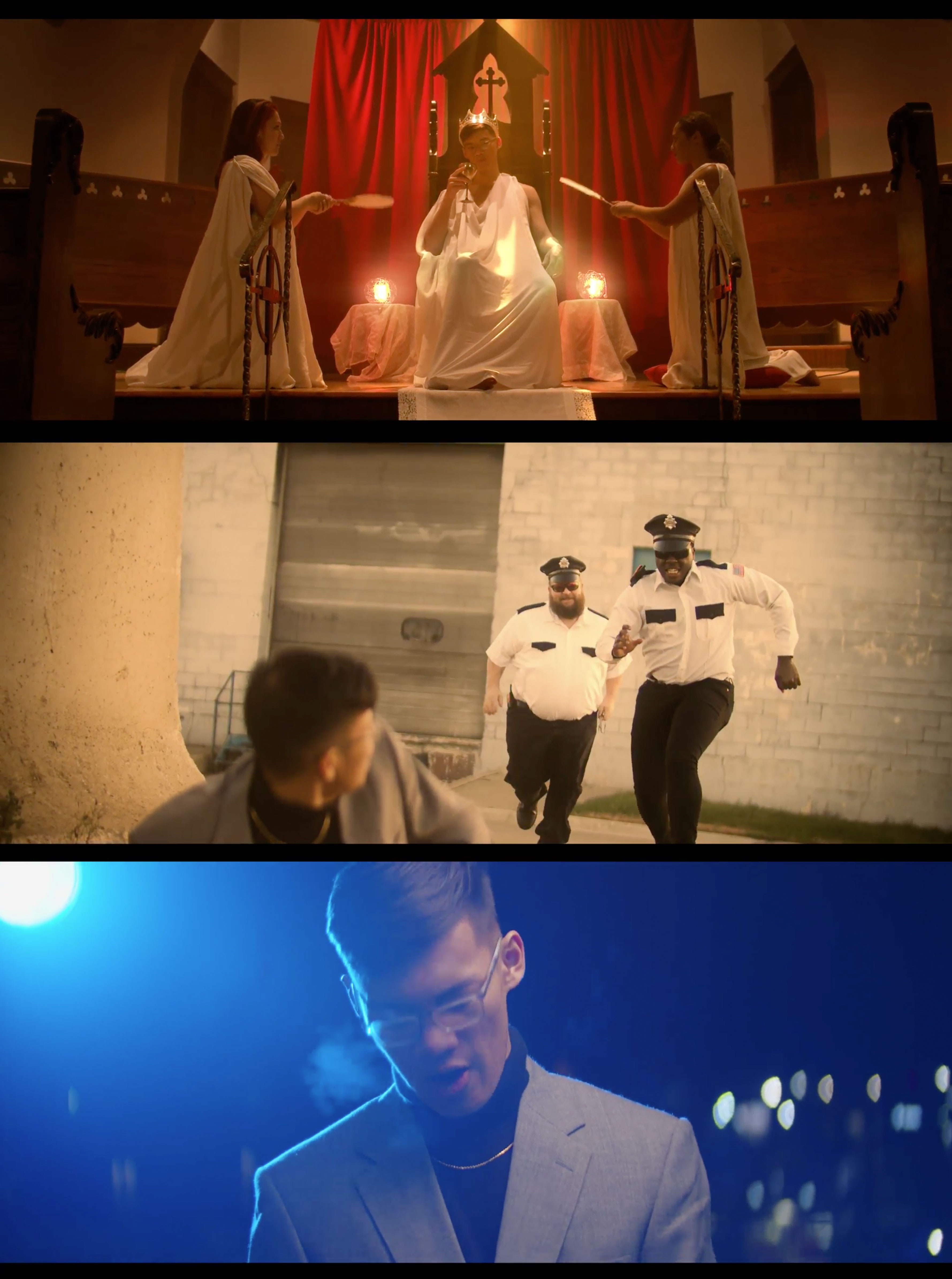 Abby created 10 posters at a large scale (2 feet by 3 feet) associated with 10 decades in United States history. Each poster includes custom illustrations, archival photos, and a different graphic theme which is meant to fit the mood of each decade. Here’s the whole set: 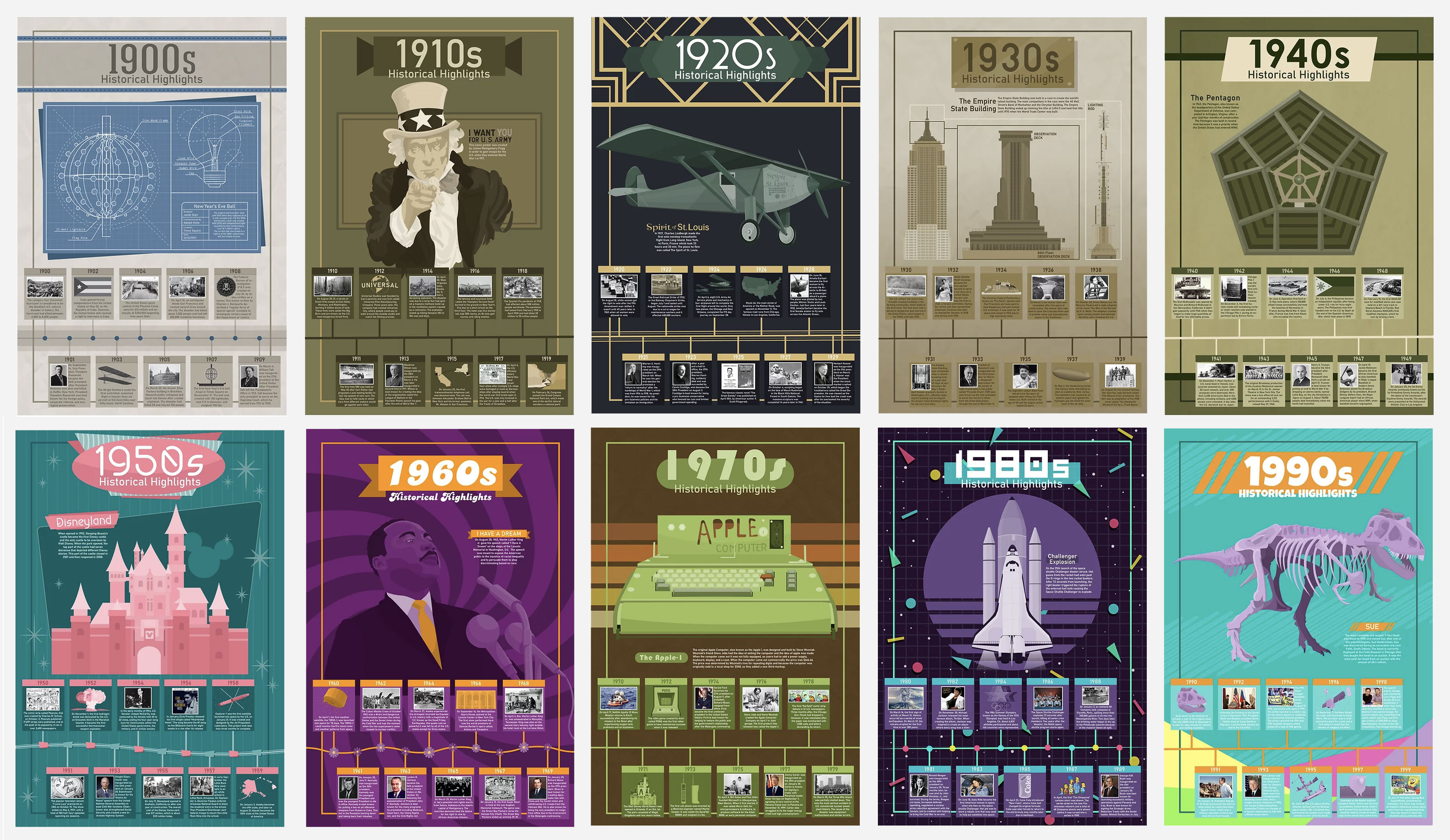 And here are a couple of them larger so you can see some of the details: 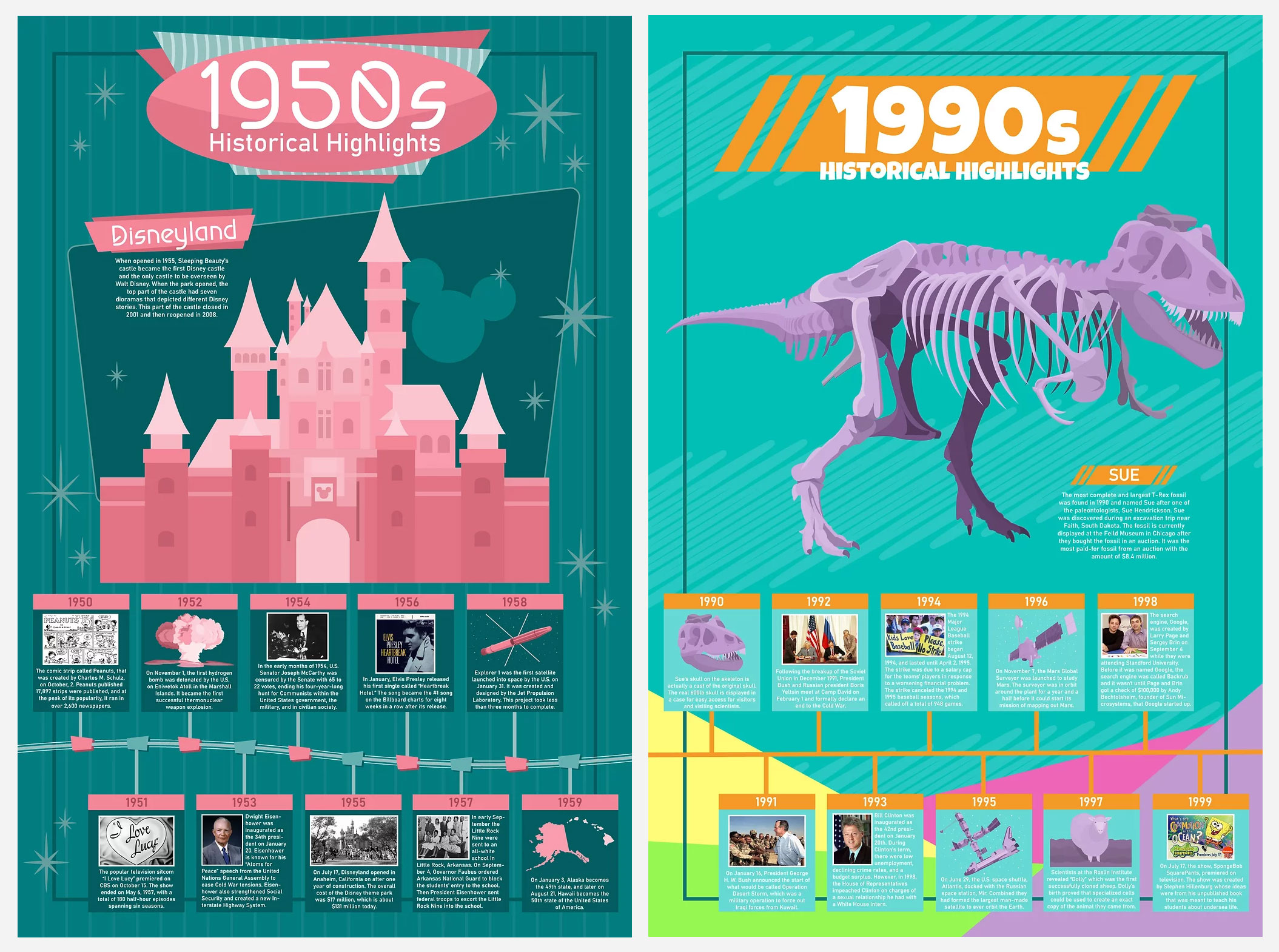 Abby also made a series of trivia cards that coordinate with the posters. You can see and read more about this project on her Historical Highlights website. 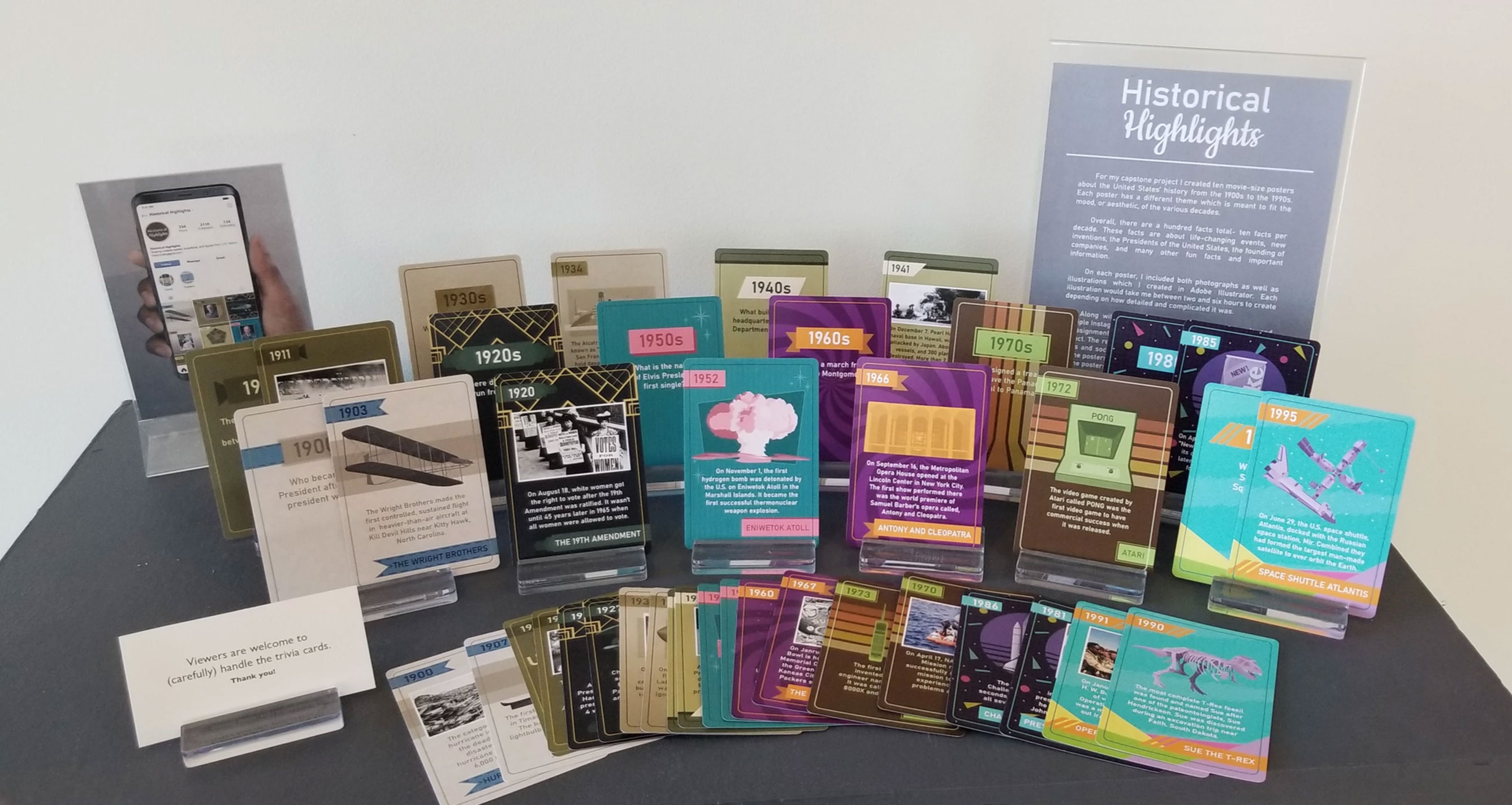 We are so proud of both Emmanuel and Abby! Congratulations to you both for making work of a professional caliber, inspiring the next cohort, and graduating a semester early! We wish you the absolute best as you move on to the next stage.