Winners for the 7th annual Speechless Film Festival were recently announced as final preparations are under way. The festival takes place on March 29 and 30 at Verizon Center in downtown Mankato.

This year’s festival features films submitted from over 20 countries as judges have combed through over 300 films. 75 will be screened across three theaters at Verizon Center.

Speechless began as an idea of Bethany Professor Kurt Paulsen who said the festival has grown and adapted over the years.

“It has evolved a lot. I am not exactly sure if I can say it’s exactly what I envisioned when it started. The first year we did this, we were doing it with the intention of trying to bring in a bunch of international colleges. We were surprised by all the submission from the professional field. So, we changed the focus of our festival to open to the industry,” said Paulsen on the BLC Studios Podcast this week. 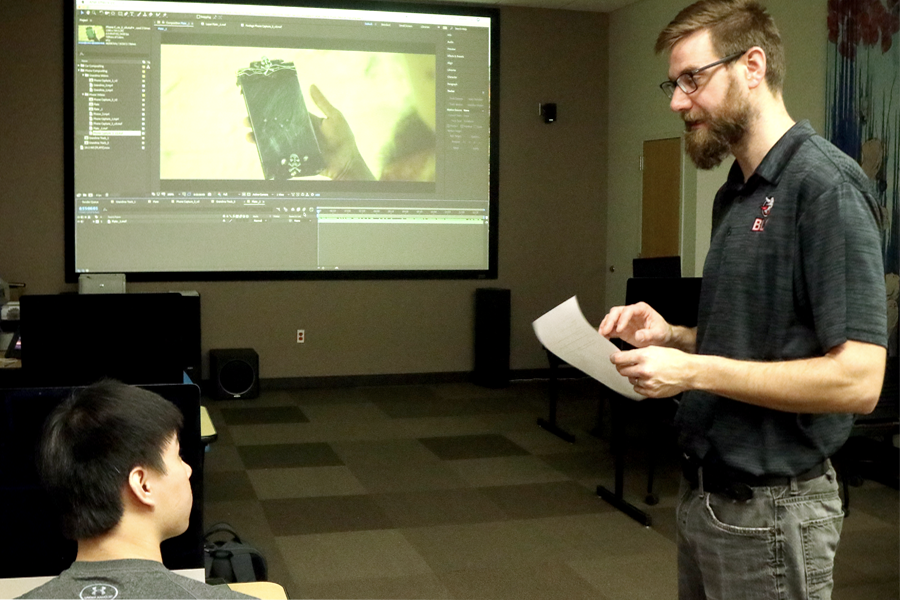 Finding a permanent home for the film festival proved to be one of the biggest challenges for the leadership group. Make shift theaters in multiple locations downtown Mankato created separation for the festival and was taxing on the staff who ran it. It appears those days of many hours of set up are over as the festival takes place at Verizon Center for the third year in a row. Paulsen said it makes a difference to have that consistency.

Film Festivals are important to many communities. It brings new people to town but more importantly, it involves the community with something different than the norm of concerts and sporting events. Bethany serves as the host of the festival, but it really is a community effort as sponsors and volunteers are the lifeblood to Speechless continuing to grow.

While Speechless is a two-day event, for Bethany students, it is a week-long media endeavor. The week leading up to Speechless is Media Week on campus as speakers come to town from all disciplines of media to share stories and advice as a way to engage with students right on Bethany’s campus. The film festival is also a great way to showcase films to students who normally wouldn’t get a chance to see those types of films.

Last year’s festival took place during a blizzard in April. This year, Paulsen remains hopeful the weather will be kind to the festival. Speechless has proven to be worth the time no matter the weather and you won’t want to miss this year’s Film Festival. For more information on the festival schedule and tickets can be found here.