BLC Studios and its Maverick Hockey Productions has been selected as a 2019 SVG College Sports Media Award nominee in the category of Outstanding Live Game Production.

Winners will be selected by a panel of judges and announced at the 11th-annual College Sports Media Awards ceremony on May 31 at the SVG College Summit at the Omni Hotel at CNN Center in Atlanta.

“This is a great honor,” said Production Studio Manager and Maverick Hockey Executive Producer Greg Vandermause. “I am very happy for our students. They worked extremely hard this past season and it is great to have their work recognized on a national level.”

Bethany Lutheran College has been broadcasting Maverick hockey home games for the past 18 seasons. This marks the second time the program has been nominated for an SVG College Media Award (2014).

The broadcast crew submitted the final two minutes of what is now known as the ‘Mankato Miracle’. The Mavericks scored two extra attacker goals in under two minutes to force OT against Bowling Green in the WCHA Championship game in March. MSU went on to win in OT and advance to the NCAA Tournament. 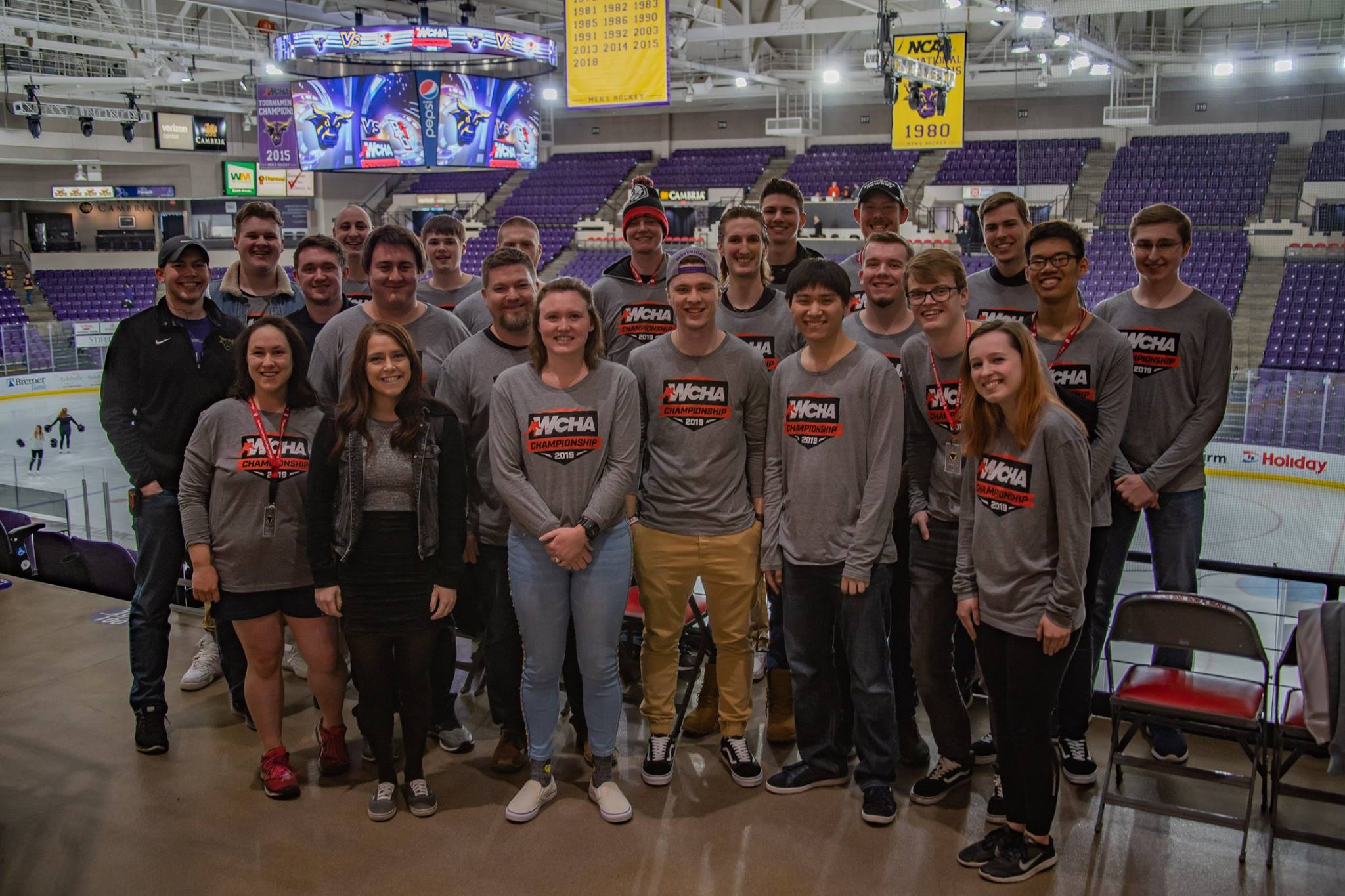 There are roughly 20-23 Bethany students who produce the games out of the college’s 30’ mobile production trailer. The students also produce and run the Daktronics video board to entertain not only the fans watching on tv and online but in the arena as well. A challenging task the students fully embrace.

“Our students put on two shows with one crew,” says Vandermause. “I am always impressed by how well they manage the organized chaos to put on a smooth show for the Spectrum and FloHockey audience while getting the fans into the game in the arena.”