Red Eye Film Festival is a blitz student-filmmaking competition run by Bethany Lutheran College. This high-energy Bethany tradition grew in scope last year when students from South Central College and Minnesota State University-Mankato were invited to participate. It’s fitting that we had 10 teams and 10 films submitted for this 10th annual Red Eye Film Festival, with over 200 people attending the showcase in the Ylvisaker Fine Arts Center Theater.

To prompt the films, each team was randomly assigned a genre, character, and prop. These prompts led to the first ever musical submission, along with the first ever appearance of a Space Pirate. A team of judges from the Bethany production studio gave awards for Best Cinematography, Best Editing, and Best Story. The winners are: 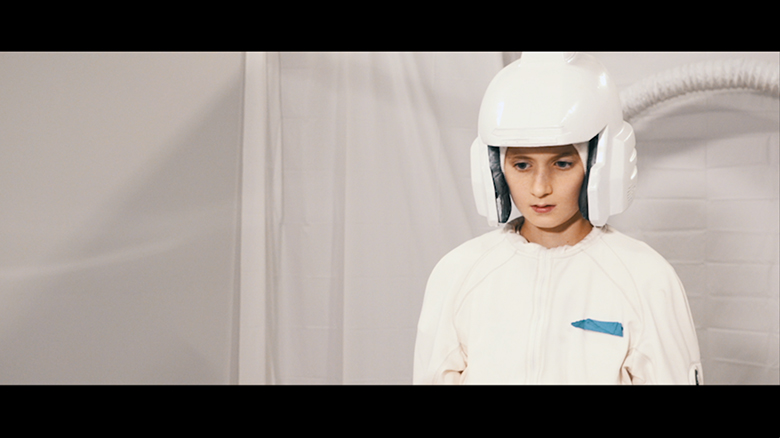 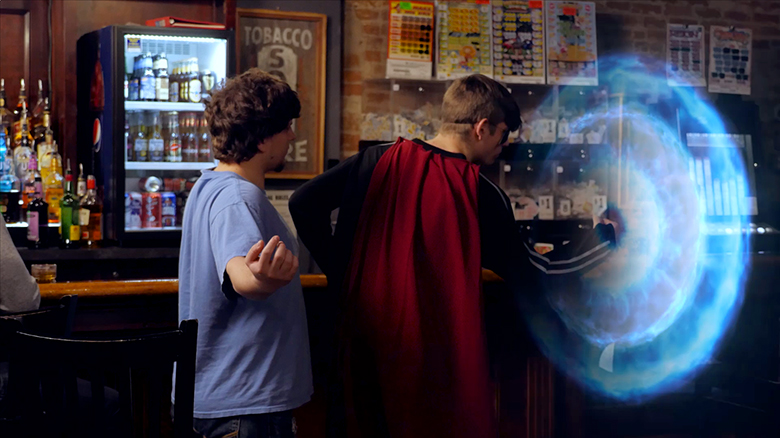 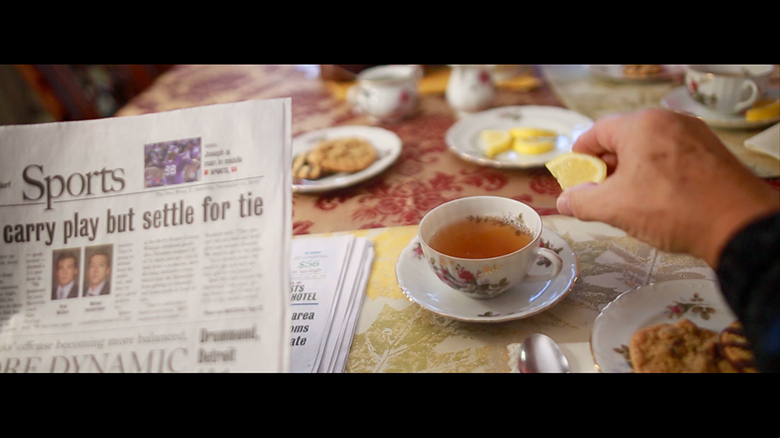 South Central College: Caleb Curran, Kadie, Lindsey, Frankie, Abe, Ashton, Windy
Genre: Coming of Age
Character: Zombie
Prop: Laser Pointer
Once you stop waiting for Eat to turn into a zombie movie, you can’t help but be moved by this passage through time. The film is shot entirely in POV and takes the viewer through the various formative events and rites of passage in the life of its protagonist.

Win or lose, Red Eye has always been popular with the students, largely because of the fun and energy surrounding the making of the films. But Red Eye has also grown a very receptive audience of students and cinema-lovers alike. This year, students from one of Bethany’s English courses live-tweeted the showcase. Here’s a taste of the conversation: 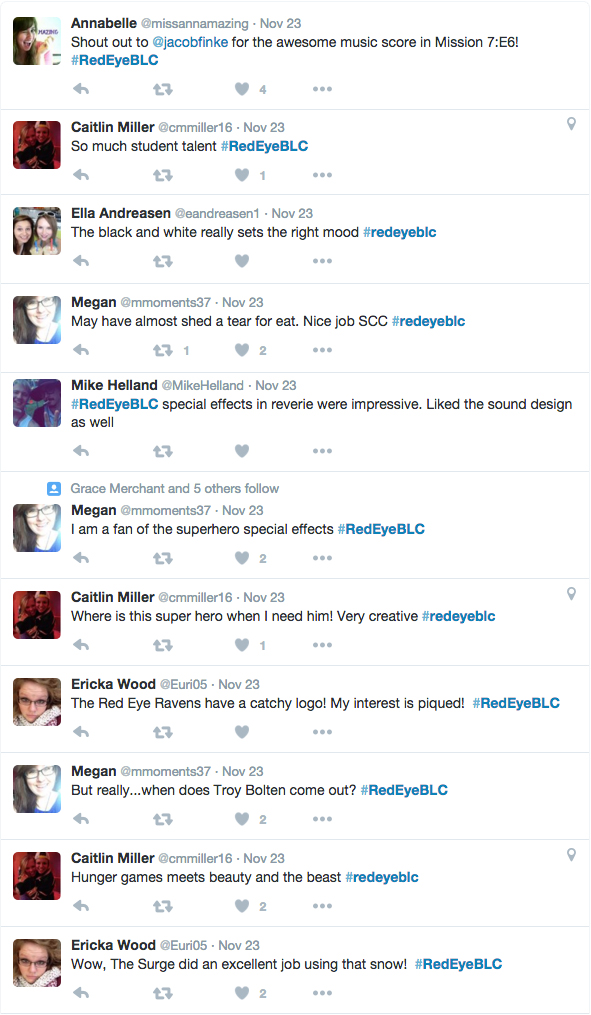 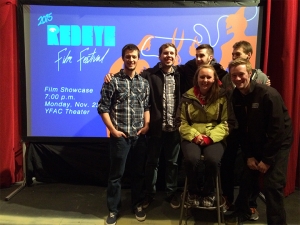 The final award given at Red Eye is driven by the audience. Everyone casts their vote for Audience Favorite and waits for the count during a raffle and entertainment provided by the esteemed Greg Vandermause. After all of the prizes were given away, it was announced that the very close vote led to an Audience Favorite win for Mission 7:E6, from Bethany Lutheran College.

We are incredibly proud of all the Red Eye filmmakers and glad to see the students making connections with others across town. The 2015 Red Eye Showcase will replay on KTV, Mankato area community television, and we suspect many of the groups will be posting their films online soon. Get some sleep, everyone. Just in time for finals!