Ruth Wels illustrates for the NFL

Ruth Wels illustrates for the NFL 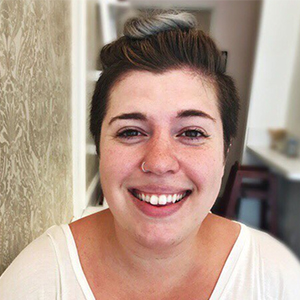 We’re a few days late, but we wanted to celebrate the NFL’s opening weekend by writing an update on what 2012 grad Ruth Wels has been doing. Ruth has been working as the lead illustrator for the NFL Social Lab. She’s part of the team that creates content for the league’s social channels, which includes @NFL and @TheCheckdown as well as a few other accounts on instagram, facebook, and twitter. Ruth heads up the illustration team which includes four other artists, and simply put, their work is amazing! Take a look at these two pieces. First, a delightful depiction of MN Vikings receiver Adam Thielen setting the record for receiving 100+ yards in eight straight games. In the second piece, Marshawn Lynch celebrates in a sea of skittles. 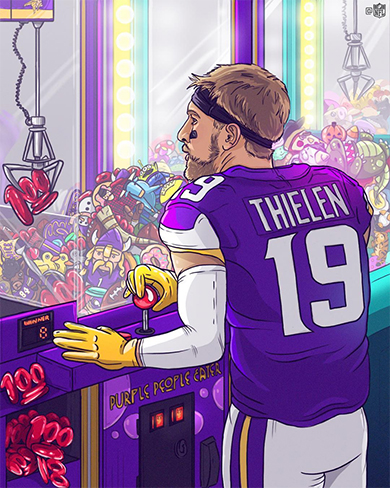 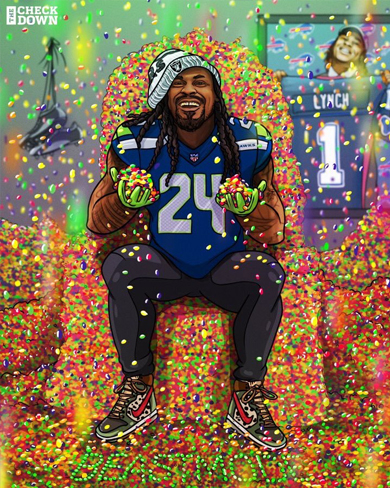 When Ruth was initially hired by the NFL as a freelancer, she was generating other types of content. But when they found out she could draw, she began to create playful and clever illustrations like the ones you see above. The NFL social platforms continue to post all sorts of content, but among those content types illustration is highly engaging—often more so than a photograph. For example, this illustration Ruth created of Tom Brady is the the NFL’s most liked instagram post of all time, reaching well over 1,000,000 likes. WOW. 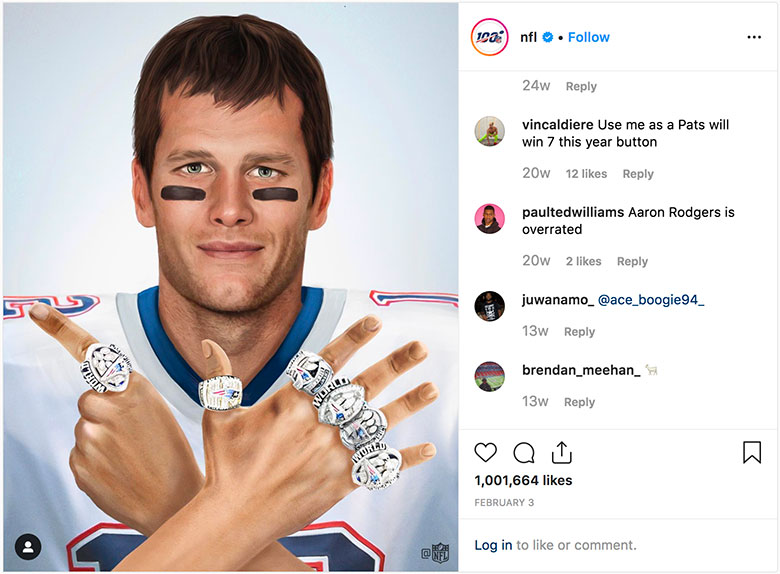 These illustrations are beautifully stylized and rich in detail, which is Ruth’s favorite part of the job. She works with her team in a room equipped with Wacom Cyntiq monitors and several TVs so they don’t miss any of the action on game day. Ruth was a casual Vikings fan before she landed this job and never expected to know so much about the NFL. In addition to the stories she’s telling for the fans, Ruth is able to put herself into the work. She laughed as she told me about one of the toys (a cat plushie) included in the illustration of Thielen and the claw machine. This is a plushie she got from Japan and keeps in her room. “I love that it’s there,” she says, “it just makes me happy!”

“Sometimes it still hits me how crazy it is that I get to draw for a living. I honestly never thought I’d be able to do that.”
– Ruth Wels

Here’s another highly detailed illustration she created to kick off the season with several players looking towards the Lombardi trophy. This one doesn’t quite have a million likes, but it’s close! 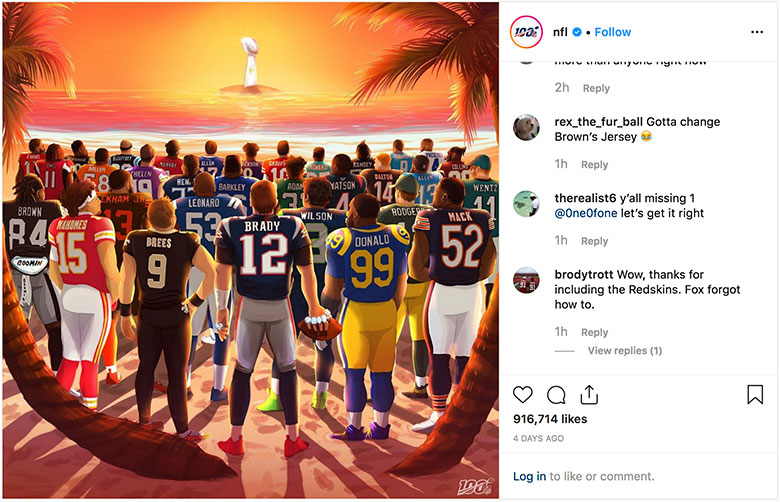 Ruth’s illustrations aren’t just appreciated by the fans. She has met a couple of the players featured in her work—Cam Jordan (Saints) and Derrick Henry(Titans)—who complimented her illustrations. Are you jealous yet?