It was another great year of movies, music, and parties at the international Speechless Film Festival. And just like any year, the festival planning season was equally dramatic and full of surprises as any great film. We laughed, we cried…and the festival was still weeks away. And then we laughed and cried some more.

Our first challenge (and opportunity) came with the development that for the first year we would no longer be using any of the theater spaces at the old, now renovated Marketplace mall theater. We needed a bigger location for our main theater, and we found it in the Front St Mixed Use Building, generously donated by the Tailwind Group. When we got the key to this industrial space it was full of concrete dust, natural light, and reverb. None of which makes a workable theater space. Kurt recruited a small taskforce of gracious volunteers and family members to flip the space into our largest screening location, and it worked wonderfully! Check out the before and after shots below. 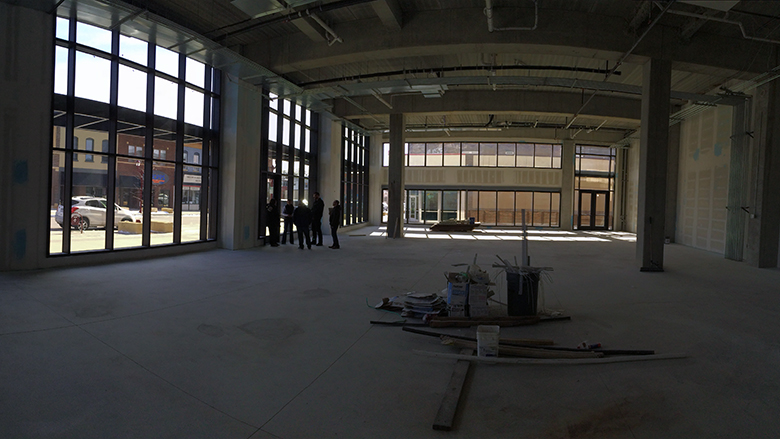 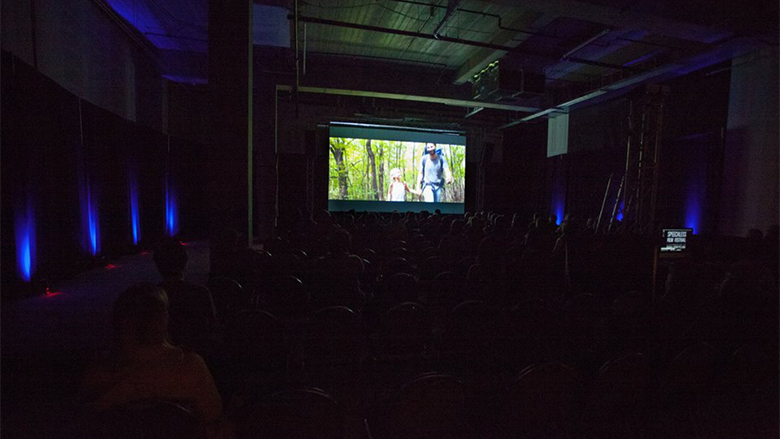 We opened the festival on Thursday, March 17, 2016. Opening night was all about Minnesota-based indie orchestral rock band Cloud Cult. We hosted a meet & greet with the band in our registration area before showing a sneak peak of their feature film The Seeker, directed by Jeff Johnson (also pictured). This film is driven by music from Cloud Cult’s recent album of the same name. It’s a beautiful and emotional piece (just like the album) that won our Best of Show Award in the Visual Music category. 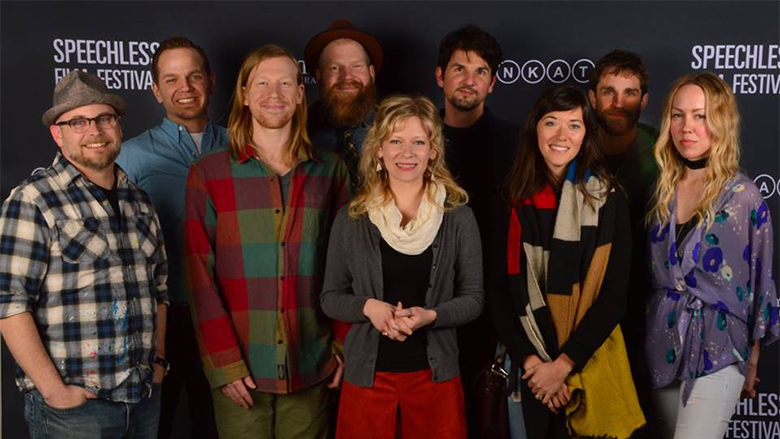 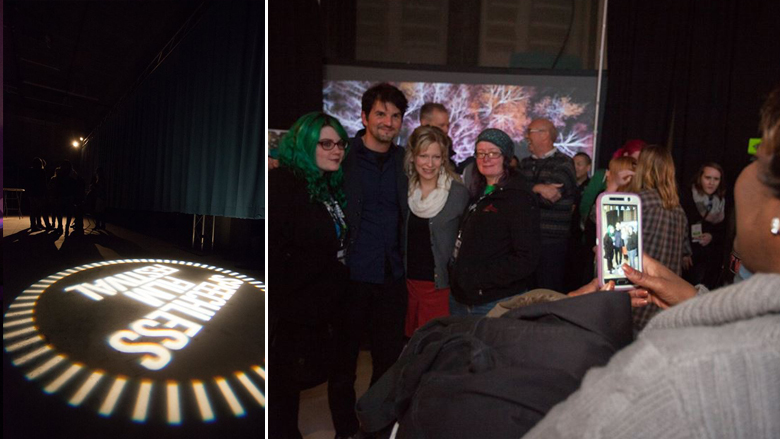 Cloud Cult was also available for a Q&A session after their film screening. After this, everyone went to the Kato Ballroom for an opening night concert by Cloud Cult. 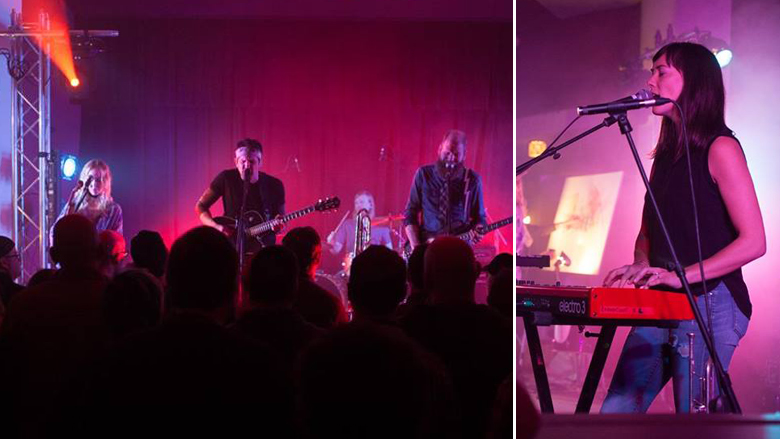 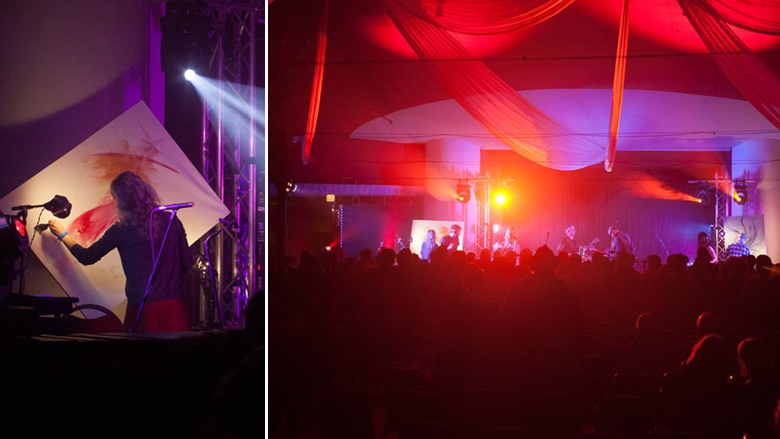 And it was awesome! The energy was palpable. 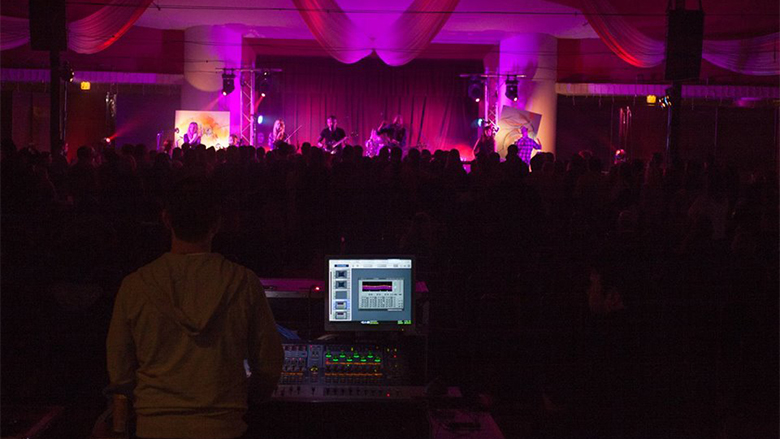 Friday began with three filmmaker talks associated with Media Week 2016. We heard from Robert Platt, Christopher Chapman, and Jeff Johnson. Three totally different talks, all equally compelling! Immediately after the talks we began the festival VIP Party hosted by ISG in their new downtown office. It was a beautiful space with food and bar provided by Pub500—what a great way to celebrate and connect with our sponsors and visitors. 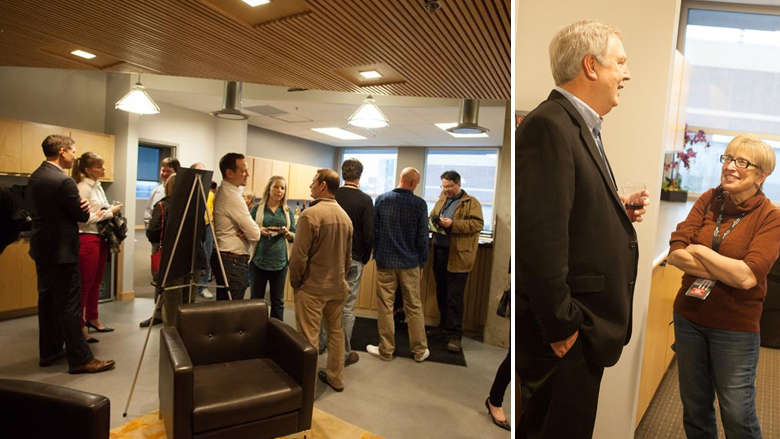 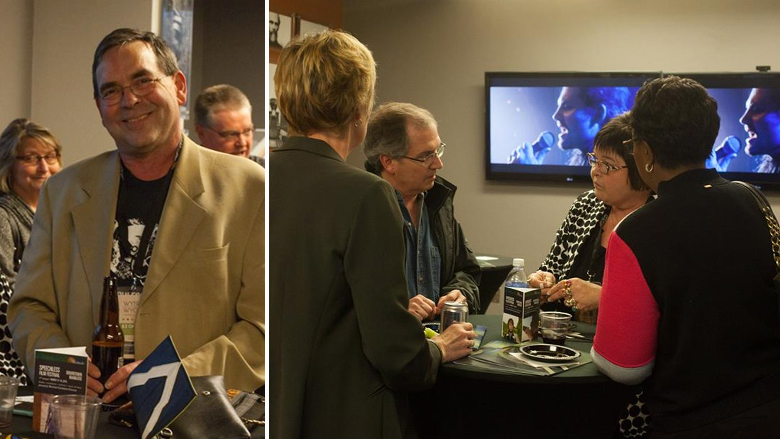 From this point on it was movies, movies, movies—we showed just over 100. So we need to stop and thank all of our many festival volunteers, including students and alumni, who make our ambitious festival line-up possible! 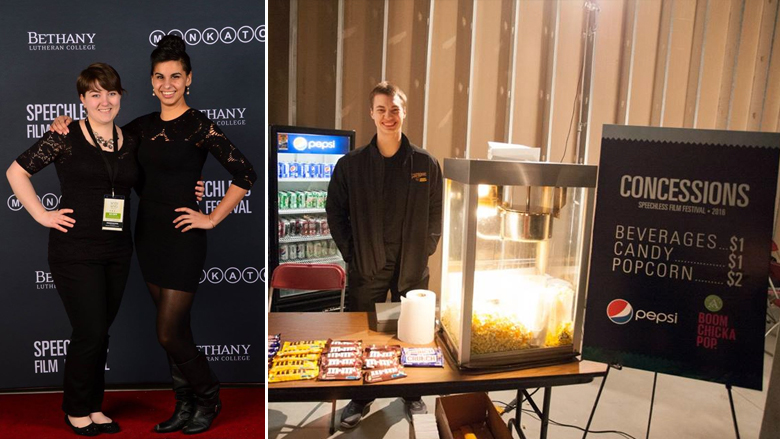 A group of Bethany student animators made it into the festival this year! The students in Motion Graphics I created a visual music piece (it was their first project ever) that screened in the animation showcase with the work of other animators from all over the world. 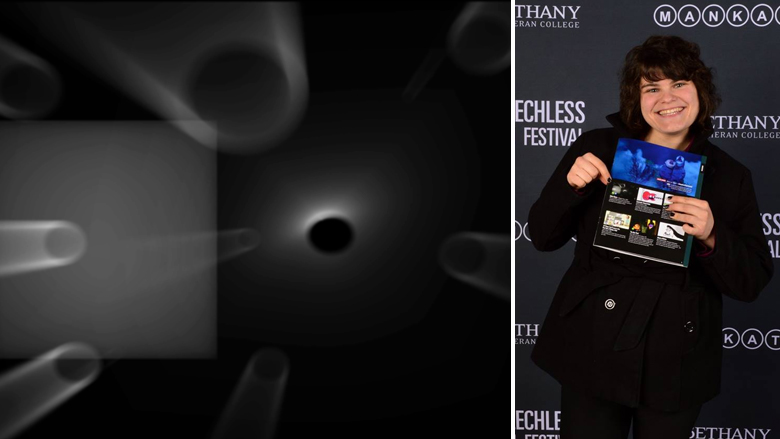 On Saturday morning a solid group of visitors and film lovers gathered on the rooftop floor above the Radio Mankato Theater to have breakfast (thank you Tandem Bagels!) and enjoy a panel of those who find themselves in front of the camera. The performer panel was moderated by festival judge and ally Amanda Hauman, and included Anna Klemp, Hannah Landberg, Kelly Ludeking, and Luz Cañas. All of these panelists appeared in 2016 SFF films and had compelling insight and stories to share from their experiences. It was a great group and there were far more questions than we had time for! 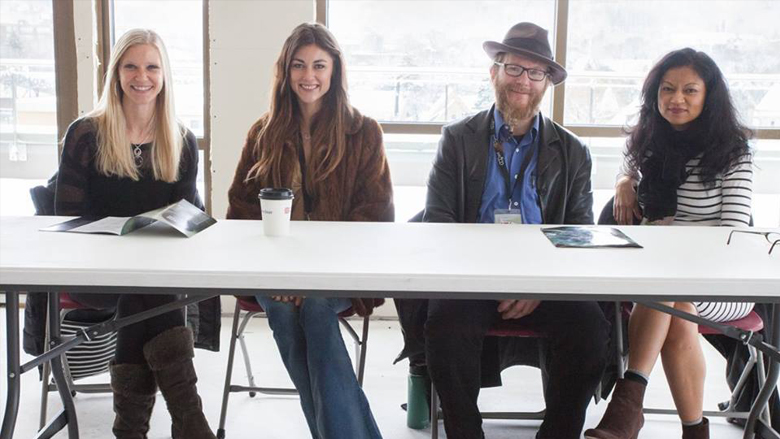 Saturday evening we took a short break from the films to gather and dine for the Presentation of Awards. Principal judge Bill Bukowski presented awards to visiting winners, and we were able to hear from our remote award winners through videos. Some of our winners and other visiting filmmakers are pictured below. 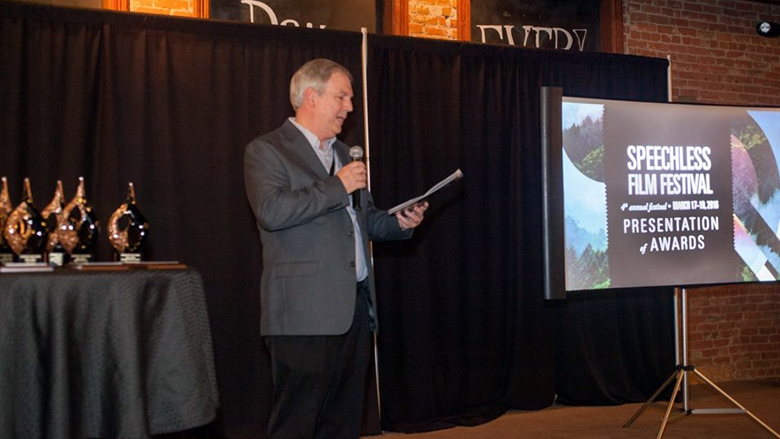 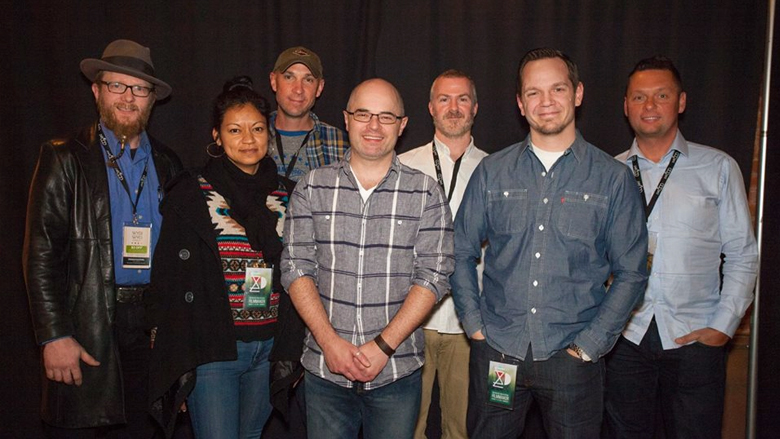 In sum, it was a big year. We showed more movies, hosted more speakers, and staged more locations than we ever have before. And we received more compliments on the program—including Cloud Cult—than any previous years. While it was exhausting, it was also thrilling! We’re so proud to be building this unique arts event in Mankato, and are excited to continue growing this special event.