Students Step Up for Hockey Celebration

Students Step Up for Hockey Celebration

The team recently won the WCHA regular season title on the road and held a community celebration event at Verizon Center this past Tuesday. BLC broadcasters were called upon to make graphics and produce a video to commemorate the special event for the public.

Minnesota State clinched the MacNaughton Cup, the team with the best record in the WCHA, for the 4th time in 5 years with their 6-1 win over Alaska on February 22.

Bethany students were up to the challenge in making sure the Mavericks had a proper homecoming for their fans. 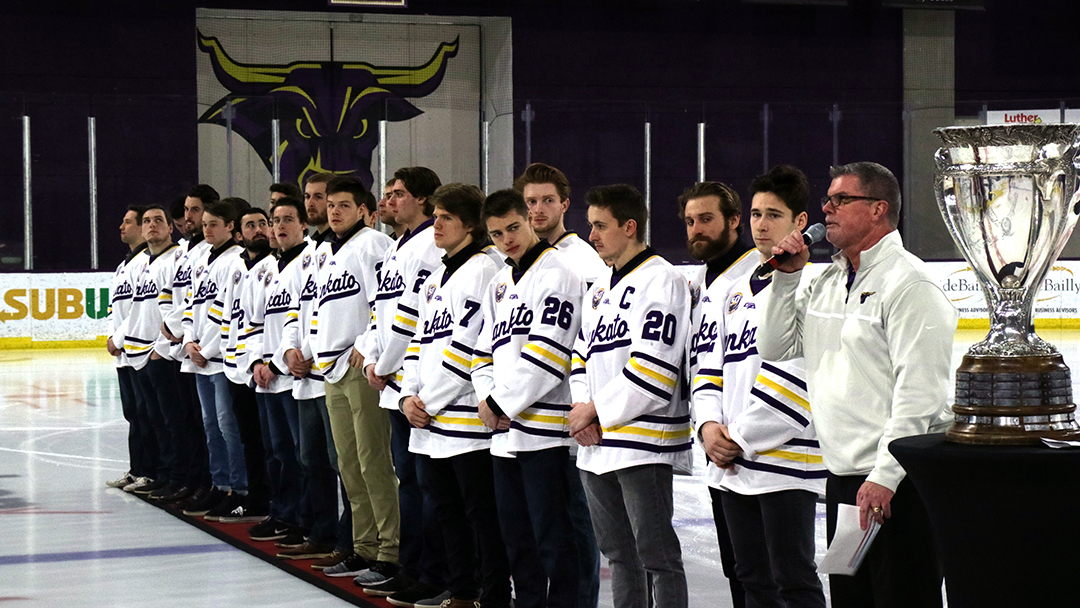 BLC Studios has been producing Maverick hockey games for 18 seasons. In recent years, student work has included more social media and video board content to help engage Maverick fans with the players.

Senior Carter Dahl designed a graphic for the video board display and ring while Sophomore Tyler Rogers added championship facts for fans to read before the event began. Matt Maisch produced a championship montage that got the crowd fired up as the event ended. 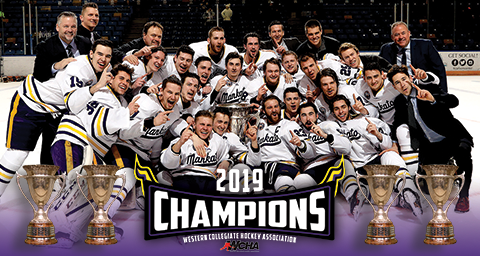 Bethany Senior Carter Dahl designed the 2019 WCHA Champions graphic that was shown on the video board that night. Photo by Paul Allan

Students gained a first-hand knowledge of how events come together quickly. They must adapt to the needs of MSU while keeping in mind their goal of serving the fans to help celebrate the championship.

With a weekend sweep over Bemidji State, the Mavericks finished the regular season 17-1 at home. Bethany students know they are a part of that home-ice advantage with hype videos and timely replays in game.

The WCHA playoffs begin this weekend as the Mavericks take on Alabama Huntsville. Bethany students know the story isn’t finished with this year’s team as work for the next series begins immediately after the regular season finished Saturday night.

The Mavericks and the broadcast team are hoping the month of March is full of more celebrations. Now, that is something to get used to.

You can follow the students work on social media under the Maverick Hockey Weekend handle.