We are incredibly proud to announce that Bethany students (and one recent grad) received FOUR Student Production Awards from the Upper Midwest Emmy® Chapter/Foundation last Friday! While Bethany has won Crystal Pillars from NATAS in the past, we have never won so many in one year and in such a range of categories. Here’s the Bethany table from the award ceremony including most of our nominees, a prof, and a few plus ones: 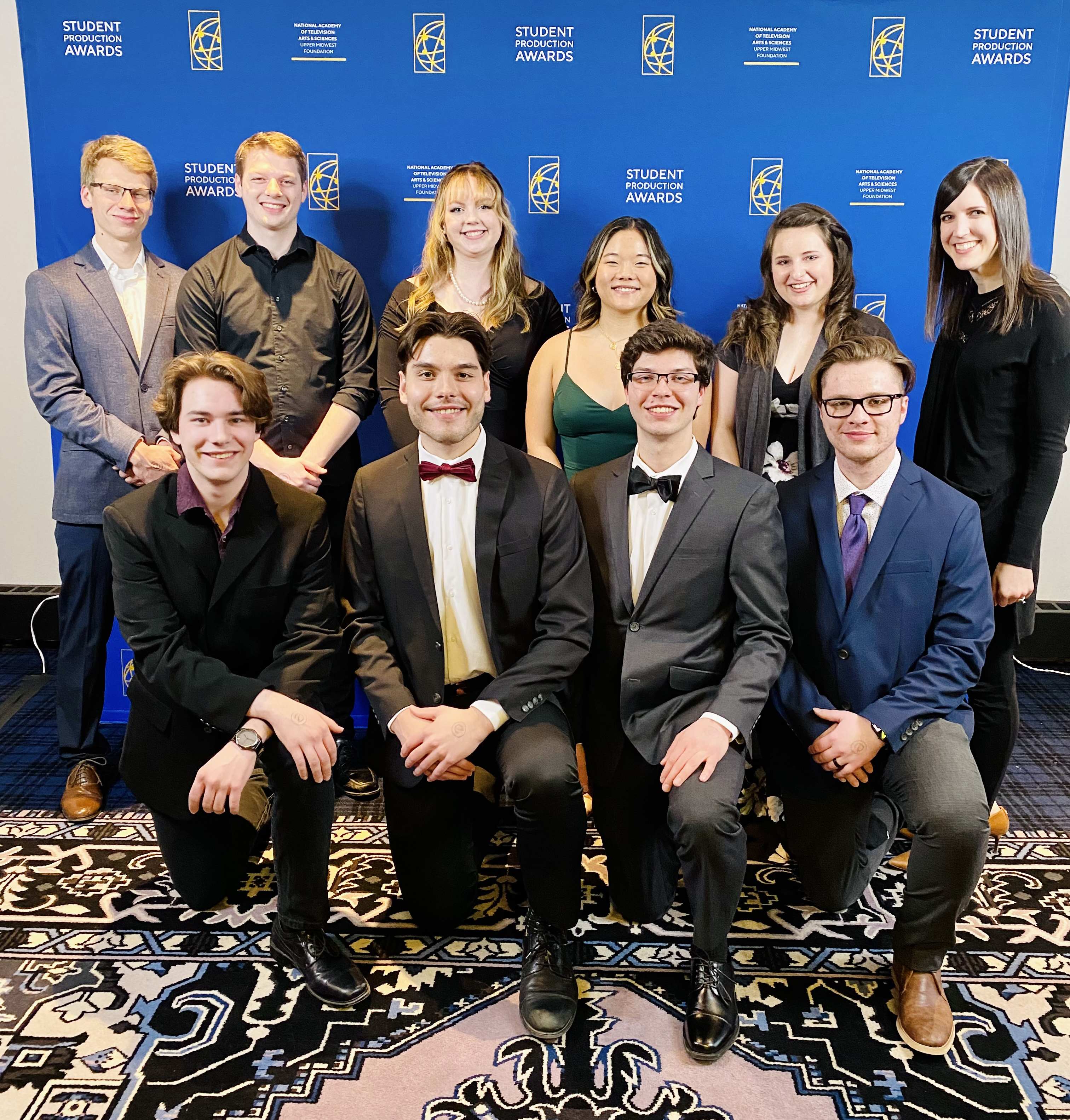 The best moment of the night came when the results were announced in Fiction: Short Form. Of the seven films nominated in this category, two of them were made by Bethany students. First came the announcement that there were two Crystal Pillar award winners in this category…next, the screen lit up with both Bethany films! Here’s a photo of the award winners in attendance followed by a list of credits: 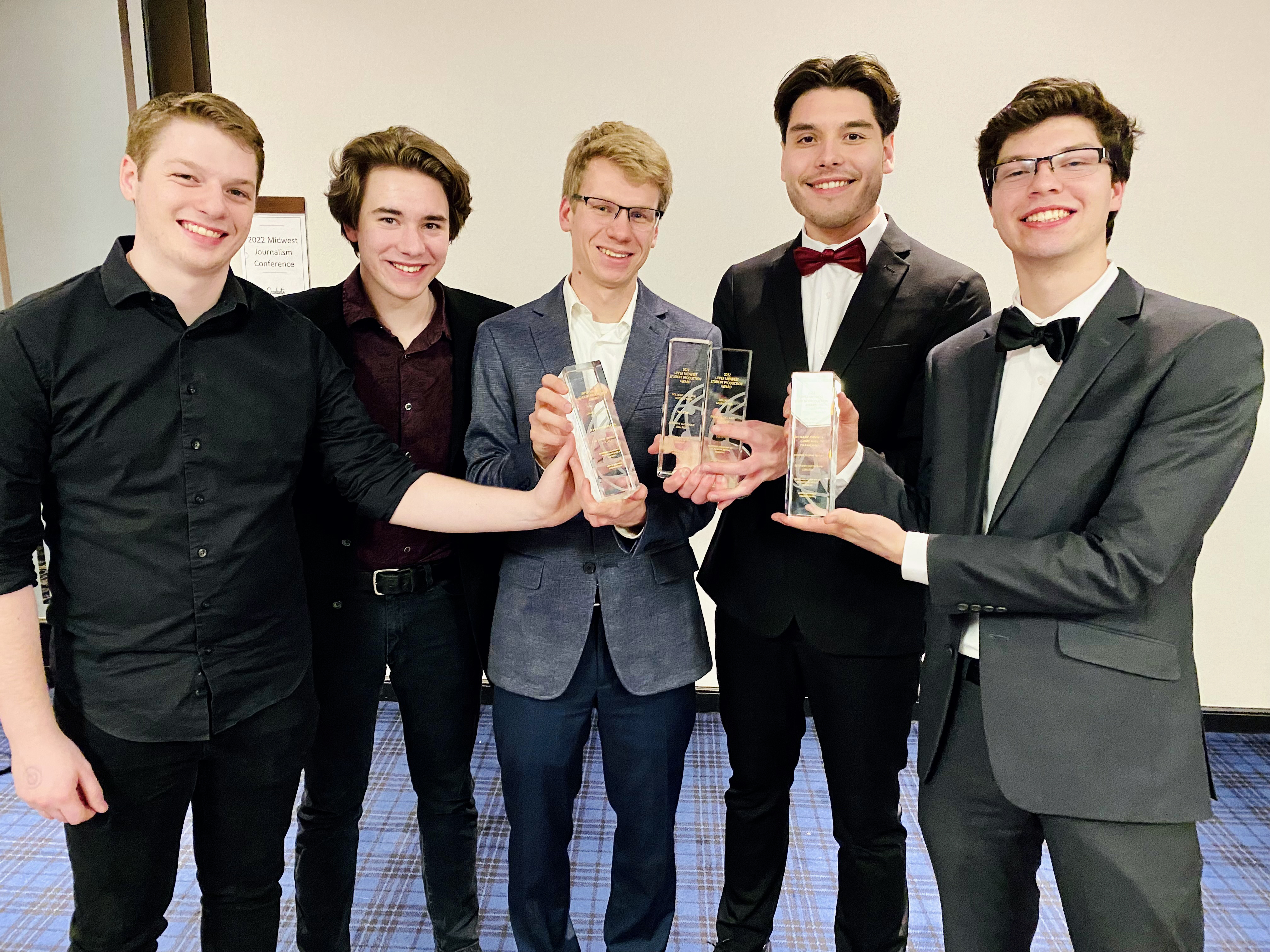 We are SO proud of these students. Not only is their work being recognized for its excellence, but also the teamwork and support they show each other is truly inspiring! A final congratulations to ALL students who were nominated this year, and a huge thank you to the Upper Midwest Chapter of NATAS for the recognition and for throwing a successful event.